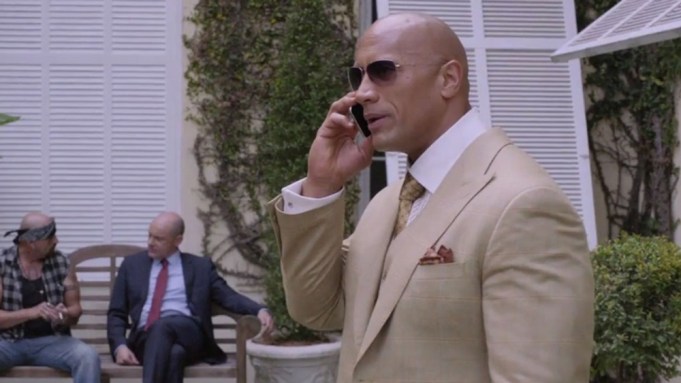 Dwayne Johnson is living the high life in the first trailer for his new HBO football drama.

Johnson is exec producing with his “Pain And Gain” co-star Mark Wahlberg; Wahlberg’s manager, Steve Levinson, who also wrote the pilot; showrunner Even Reilly; and Peter Berg, who directed the first episode.

“Ballers” premieres on June 21 after season two of “True Detective” and before the debut of another freshman series, “The Brink.”