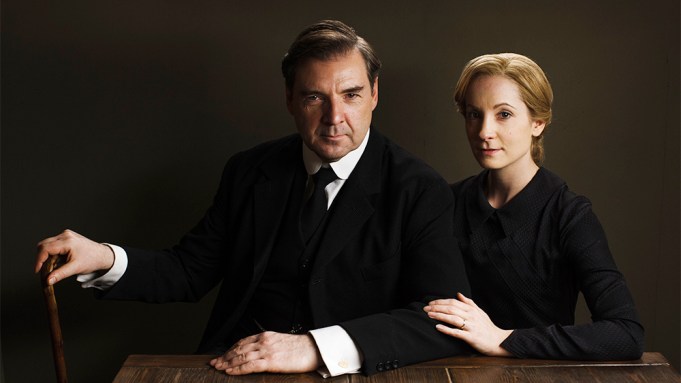 A teaser for the sixth and final season of ITV’s “Downton Abbey” has debuted online, and the amount of tears the characters shed in the clip will be rivaled only by the waterworks generated by fans devastated by the series’ end.

“If I could stop history in its tracks, maybe I would,” Lord Grantham tells Mr. Carson in the clip, likely indicating that the Crawley family and its servants will continue to struggle to adjust to the modern era, as they have in seasons past.

All the fan-favorite actors appear in the minute-long trailer, including Maggie Smith, Michelle Dockery and Joanne Froggatt. The action is underscored by a tearjerking rendition of the appropriately named “Time to Say Goodbye.”

“I’ve lived with these people for seven years now,” he said. “They’ve taken me and all of us to the top of the mountain. We’ve had this incredible global phenomenon. Most people in this business, even those who have been very successful, never have something like that.”

He added, “Each time I realize I’ve written the last line of a particular character, I feel rather sad. At the same time I don’t think we’ve done the wrong thing. I’ve never felt, “Oh my God, what are we doing? This is a mistake!” It may be reborn as a movie or a play or a musical or a ballet. Who knows if we’ve seen the last of it?”

“Downton Abbey’s” final season hits the U.K. on Sept. 20, with the show’s U.S. premiere date yet to be revealed.