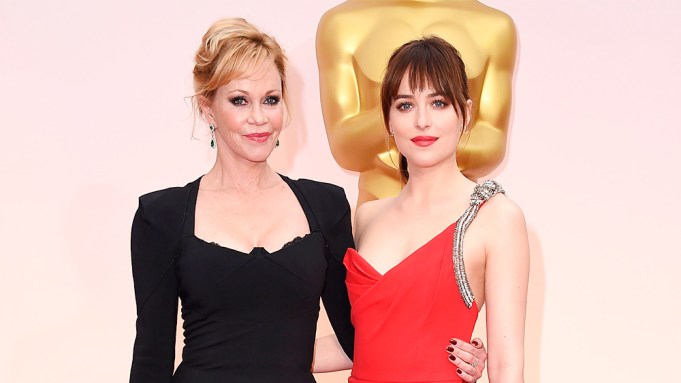 When Killam asks Johnson if her mother has seen the film, she whines, “No, she didn’t. I’m really upset about it.” Killam joins her, saying, “Ugh, that’s so not fair!”

The joke stems from Johnson’s awkward interactions with her mother on the Oscars red carpet, where Griffith admitted she hadn’t yet seen the film, and she didn’t plan on it because “it would be strange.”

Johnson, standing next to her, insisted that her mother could handle watching the racy film.

“She’s a really good actress — I don’t need to see that to know how good she is,” Griffith said.

“Alright! You don’t have to see it,” Johnson snapped and mimicked her mom’s disinterest.

Eventually, Griffith said she’d see it if Johnson wanted her to.

Johnson will host “SNL” with musical guest Alabama Shakes on Feb. 28 on NBC.