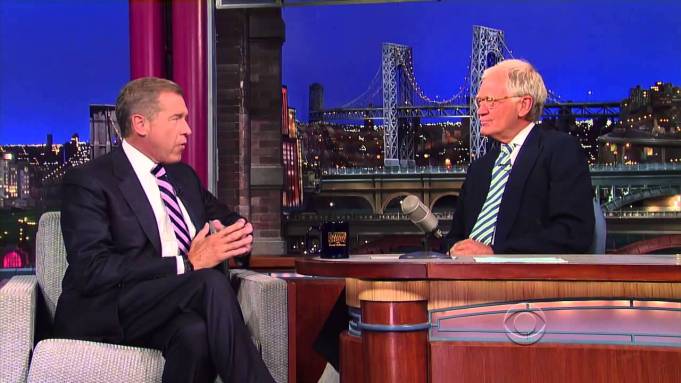 Brian Williams, who acknowledged Wednesday that he falsely claimed to have been on a helicopter that was shot down by enemy fire while on an NBC News reporting trip in Iraq in 2003, has apparently been telling the story for years.

In a 2013 clip from the “Late Show from David Letterman,” Williams recounted the fabricated story to the CBS host, in which he claims to have been in the aircraft that came under attack.

“We were in the invasion,” he said, noting it was the 10th anniversary of the incident.

“Two of our four helicopters were hit including the one I was in, RPG and AK-47.”

But on Wednesday, the NBC News anchor admitted that he was on a different helicopter that was never, in fact, under fire and that he had “bungled” the true events.

“I don’t know what screwed up in my mind that caused me to conflate one aircraft with another,” he said in an interview published Wednesday.

According to military outlet Stars & Stripes, Williams has told the false story several times since making the 2003 trip, including once last month.

“As a war correspondent, I am not terribly good at it,” he said to Letterman in the 2013 video. “I do not do it full-time, I am New York based.”