Watch: AMC’s ‘Into the Badlands’ Trailer Debuts at Comic-Con 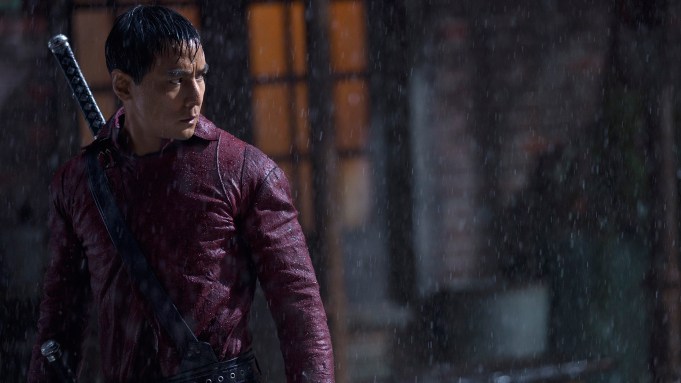 “There is no god in the Badlands,” states the trailer for the AMC original TV series “Into the Badlands.”

The clip was presented at Comic-Con in San Diego Saturday morning. Cast members who were on hand to introduce the trailer to panel attendees included Daniel Wu, Marton Csokas, Emily Beecham, Aramis Knight and Orla Brady. They were joined by showrunners Alred Gough and Miles Millar as well as exec producers David Dobkin and Stephen Fung.

The martial arts-focused series imagines a dangerous, violent future for America run by seven leaders, each commanding a personal army. Wu stars as a warrior seeking enlightenment accompanied by a young boy named M.K. (Knight). The series is based on the Chinese fable “Journey to the West.”

Gough and Millar also created “Shanghai Noon” “Smallville” and is based on the classic Chinese story “Journey to the West.” It stands as another example of TV’s martial arts-focused drama trend.

The series will bow on AMC in November.