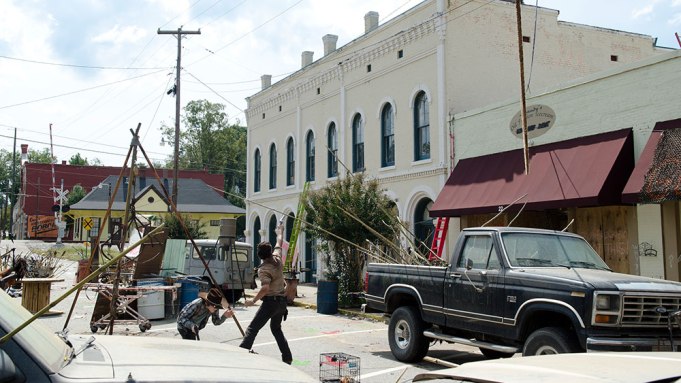 Who knew a zombie infestation could reinvigorate the real estate market? At least, that’s the hope behind the current eBay sale of nine buildings in Grantville, Ga., a town made famous by AMC’s “The Walking Dead.”

The bidding for the downtown buildings begins at $680,000. According to CNN, Granville’s former mayor Jim Sells acquired the property in a foreclosure deal four years ago.

The eBay sale is set to end March 26.

Atlanta’s boom in film tourism is the most recent example of a growing interest in visiting filming locations. Small towns across the U.S. have become unlikely tourist destinations, such as Forks, Wash., thanks to its role in the “Twilight” series.

Season five of “The Walking Dead” continues on AMC Sundays at 9 p.m.