Viola Davis on Women and Diversity: ‘They Exist in Life, We Should See It on TV’ (VIDEO) 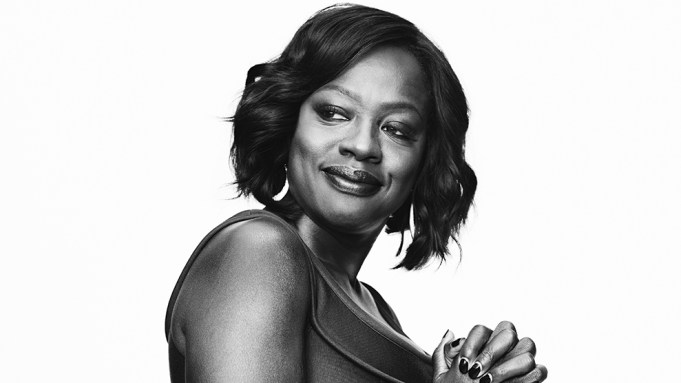 Viola Davis is nominated for best actress in a drama at this weekend’s Primetime Emmy Awards for her work on “How To Get Away With Murder.”

The double-Oscar nominee and SAG Award winner, who’s been nominated for Golden Globes in both film and television, is up for a history-making statue — she and “Empire’s” Taraji P. Henson are being honored in the same race, and a woman of color has never won in the Emmy category. Both women are considered frontrunners.

Regardless of who wins, Davis is happy to see Hollywood moving in the right direction. “I’m glad that a lot of artists of color are being acknowledged,” Davis tells Variety.

“I’ve gone through my entire career and I’ve worked with so many brilliants artist of color who are completely anonymous to people because they haven’t had the role that pops them,” Davis explains. “And now here are all these black artists who have roles, people who are writing for them, and they’re popping — you know who they are, they’re in the public mindset.”

Watch Davis’ full interview about her Emmy nomination, women and diversity in Hollywood, and season two of “How To Get Away with Murder” above.