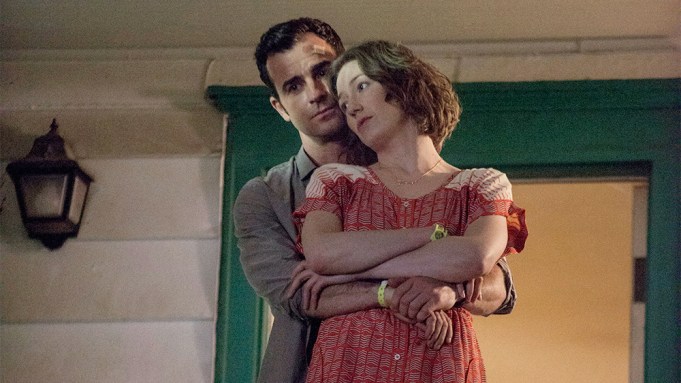 A new season means a new location and new characters for HBO’s “The Leftovers.”

In the first full-length trailer for its sophomore season, fans see the Garveys leaving their New York town for a place to make a “fresh start.”

That place is Miracle National Park in Jarden, Texas — where no departures occurred. The name shouldn’t be an indication of less mystery in this dark drama series.

“There are no miracles in Miracle,” according to an unknown voice at the end of the trailer.

Justin Theroux, Amy Brenneman and Carrie Coon return to the series, which is created by Damon Lindelof and Tom Perrotta. Newcomers to the cast include Regina King and Kevin Carroll.

During a TCA panel last week, Lindelof teased how the upcoming episodes will relate to the show’s first breakout season.

“I think that this season is really interested in exploring that idea of, you know, loss, of sudden loss. So there’s a much more, I think, immediate sense of something happening as you say, versus the examination of something, the aftermath of what happened,” he said.

Season 2 of “The Leftovers” premieres in October on HBO.