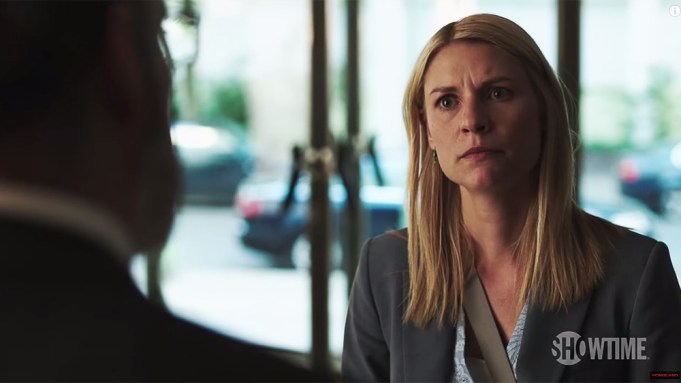 Showtime has released its first glimpse of “Homeland’s” fifth season with a 30-second teaser trailer that depicts a confrontation between Claire Danes’ Carrie Mathison and Mandy Patinkin’s Saul Berenson.

Season five of “Homeland” is shooting on location in Berlin and other parts of Germany, marking the first U.S. TV series to shoot an entire season in the country. The storyline picks up two years after the end of season four, with a weary and disillusioned Carrie having quit the CIA and working as head of security for a German philanthropist.

Rupert Friend is also back for season five after having a complicated storyline with Carrie in season four. New additions to the cast include Miranda Otto, Alexander Fehling and Sarah Sokolovic.

“Homeland” will return as usual in the fall although Showtime has yet to specify a premiere date.