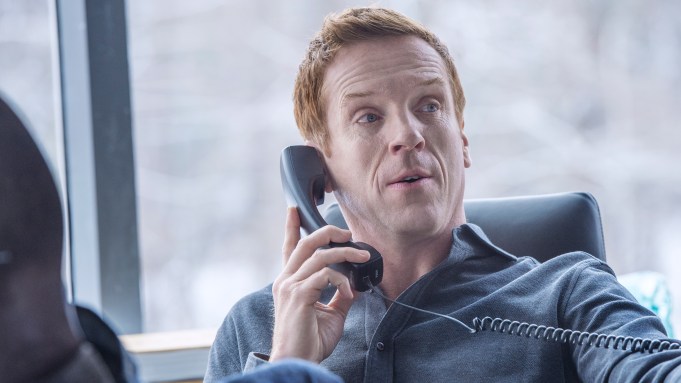 Showtime’s upcoming series “Billions” is betting big on whether money really does make you evil.

The drama is created, written and executive produced by Brian Koppelman and David Levien and Andrew Ross Sorkin. It stars Damian Lewis as rags-to-riches hedge-fund manager Bobby Axelrod and Paul Giamatti as Chuck Rhoades, a U.S. attorney hot on his trail. But who is actually the villain in this tail?

“Our interest was in sort of digging underneath and understanding who the real people are on both sides of this question, if there’s this battle between capitalism and regulation,” Levien said Tuesday at the show’s Television Critics Assoc. panel in Beverly Hills. “One guy represents one thing in a way, and the other guy is trying to police it. But both are driven by individual things in their personalities and their pasts, and our interest was in trying to sort of get past those preconceived notions into something that we feel is more true and interesting.”

Giamatti said that, as opposed to his work with film and theater, he liked having ambiguity with his character and the series.

“I keep having this funny conundrum of do I want to know the specifics of what’s going to happen, or am I enjoying learning it as it happens?,” he said. “The kind of joy of that is really unique, too. I’ve never felt that. So the whole thing is super interesting to me.”

Comparisons were quickly made between these characters and Lewis’ recent role, Henry VIII in PBS’ “Wolf Hall.”

“Who will Bobby Axelrod turn out to be, and what is he prepared to do to retain power?,” said Lewis. “I think the same argument will apply to Chuck Rhoades, and you’ll see powerful men kings, if you will struggling to retain power within their kingdoms, maybe exert power over other kingdoms.”

It also gives Lewis a chance to perfect his Yonkers accent.

“I just wanted to go all ‘Goodfellas’ with that,” he said. “So this is going to be great. I’m going to have a fantastic time doing this, pretending to be some sort of gangster from the Bronx. And the guys just repeatedly said, ‘That’s awful. Can you stop doing that?’ And so my generalized American accent which, you know, please, God, will continue to give me work in your lovely country, is just a, sort of, generic, sort of, Midwest nothing anyone from the Midwest, I apologize. It shouldn’t be accented from the West or the East, and that’s kind of how I bluff through.”

Judging by the just-released trailer, the show does have one thing in common with “Goodfellas”: Lots of cursing.

“Billions” premieres at 10 p.m. Jan. 17 on Showtime after the season 6 premiere of “Shameless.”