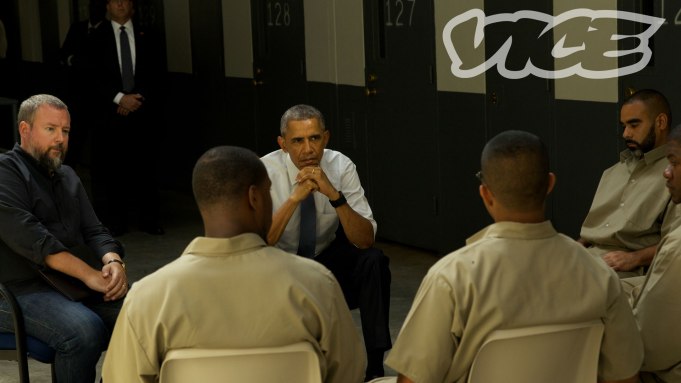 Vice and HBO have teamed up for a special report on the criminal justice system, “Fixing the System,” in which President Obama tours the El Reno federal prison in Oklahoma. It’s said to be the first time a sitting president has ever visited a federal prison.

In the trailer above, Obama is seen shaking hands with inmates during a tour of the prison.

“There was a strong political incentive, I think, to continually be tough on drugs,” said Obama. “The thing just kept on getting ratcheted up.”

Continues Obama, “We think it’s somehow normal for black youth, Latino youth to somehow be going through the system in this way. It’s not normal.”

The documentary, which is hosted by Vice founder and correspondent Shane Smith, will give viewers an in-depth look at the impact of the current approach to crime and imprisonment, chronicling the many interlocking pieces of the sprawling system, from prisoners and their families to the judiciary and community reformers.