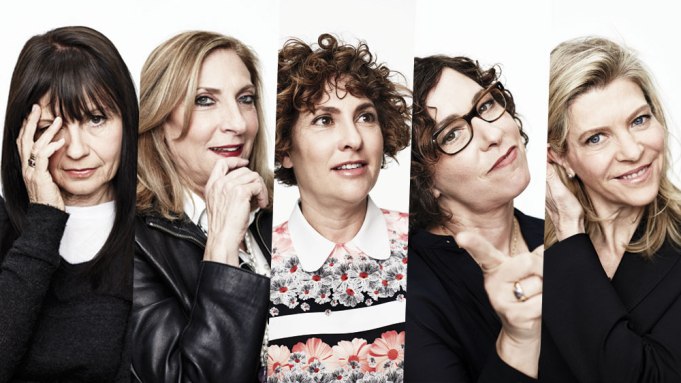 Tasked with bringing a script to life on the screen, television directors must juggle the realities of production while channeling their own creative visions. Variety gathered five directors at the top of their game to learn the secrets of their craft: Lisa Cholodenko (“Olive Kitteridge”), Lesli Linka Glatter (“Homeland”), Michelle MacLaren (“Better Call Saul,” “The Leftovers”), Gail Mancuso (“Modern Family”) and Jill Soloway (“Transparent”). One question, and they were off and running.

Variety: How do you approach a script when you first get it?
Michelle MacLaren: I read it once and I always have a pencil with me because any idea that comes to my head immediately, I write it down beside it. And I find that 90% of the time when I then go back to break down the shot list, and I come out with an idea, I’ll look at that pencil marking, and it’s the same.
Lesli Linka Glatter: Because you only have those instincts the first time. I do that, and then I read it like three or four times, to know what the subtext is. What is the story really about? Because I can’t even begin to start figuring out how I’m going to shoot it till I really know what story I’m telling.
MacLaren: I find that I have to have the pencil because exactly what you just said, really good writing inspires you visually. And I want that instant visual reaction, I want to remember that. Because you might forget that initial instinct. But I do try to read it in its entirety, but I’m not breaking it down, it’s just that gut reaction.