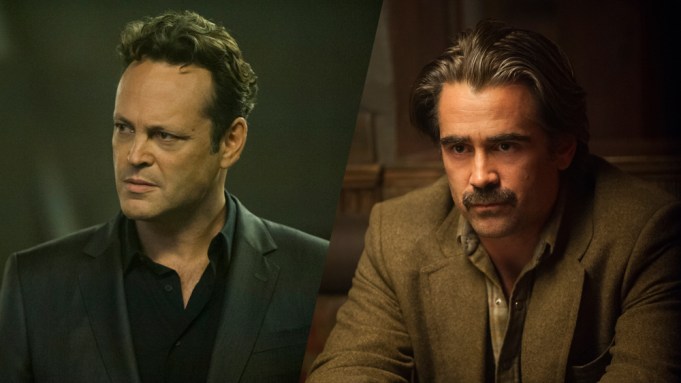 Two new teasers for “True Detective” season two have been released, and the footage offers a few vague hints about the closely-guarded plot of the HBO series, which stars Colin Farrell, Vince Vaughn, Rachel McAdams and Taylor Kitsch.

Once again, the series looks set to utilize a non-linear narrative, with Farrell’s Ray Velcoro seen sporting both facial hair and a clean-shaven look at various points in the teaser, along with graying hair.

Ray Velcoro is a compromised detective whose allegiances are torn between his masters in a corrupt police department and the mobster who owns him — Frank Semyon (Vaughn), a man in danger of losing his criminal empire when his move into legitimate enterprise is upended by the murder of a business partner.

Kitsch plays Paul Woodrugh, a war veteran and motorcycle officer for the California Highway Patrol on the run from a difficult past, and McAdams is Ani Bezzerides, a Ventura County Sheriff’s detective whose uncompromising ethics put her at odds with others and the system she serves.