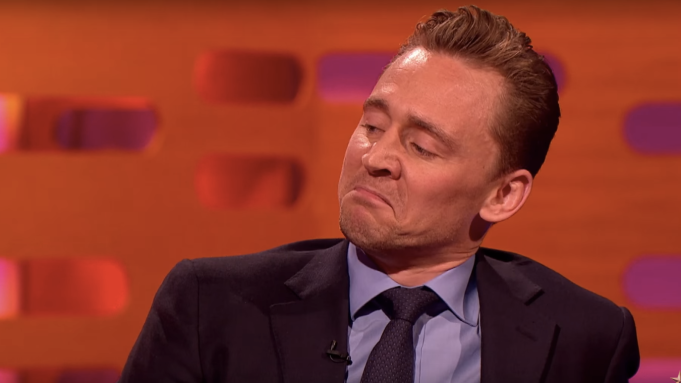 Tom Hiddleston stopped by “The Graham Norton Show” Friday night, along with Robert De Niro, Anne Hathaway and Kenneth Branagh, and made waves with his gift for celebrity impressions.

At Norton’s behest, Hiddleston showed off his talent for mimicry by impersonating Owen Wilson, Christopher Walken, Al Pacino and De Niro, whom Hiddleston nervously referred to as “the esteemed gentleman at the end of the sofa.”

Hiddleston delivered a spot-on recreation of a scene between Pacino and De Niro from “Heat,” and De Niro seemed to approve of the performance.

“That was great. That was my favorite scene in the movie,” De Niro said.

“It’s an expression of admiration, just to be clear,” Hiddleston said. “I do impressions of people I admire.”

He added, “This is so meta. I feel like I’ve gone into a parallel universe.”

See Hiddleston do his best Hank Williams in this clip for upcoming biopic “I Saw the Light.” He can next be seen in Guillermo del Toro’s “Crimson Peak,” which bows in theaters Oct. 16.