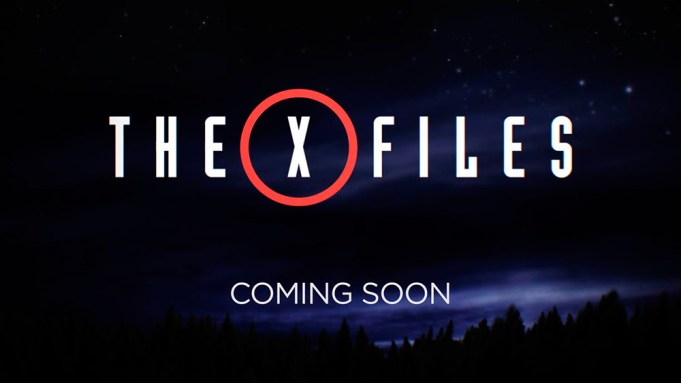 Cue the music — yes, that music.

“The X-Files” revival series doesn’t premiere until Jan. of next year, but fans were given a 15-second sneak peek during Thursday night’s episode of “Wayward Pines” when new footage from the hotly anticipated comeback aired on Fox.

In the new video, Mulder (David Duchovny) and Scully (Gillian Anderson) are back in action, if only for a blink-and-you’ll-miss-it moment. The duo is seen stealthily creeping from the dark, Scully with a gun in hand.

Earlier this month, Fox released the first-ever footage from “The X-Files” revival, as part of their “201 days” event, in which the network shows one episode per day in chronological order for 201 days, completing the series’ entire run (201 episodes in total), just one day before the revival debut. The new clip, released Thursday, contains more new material.

The six-episode event series will bring back Duchovny and Anderson, along with original cast members Mitch Pileggi, who played Skinner, and William B. Davis, better known as The Smoking Man.