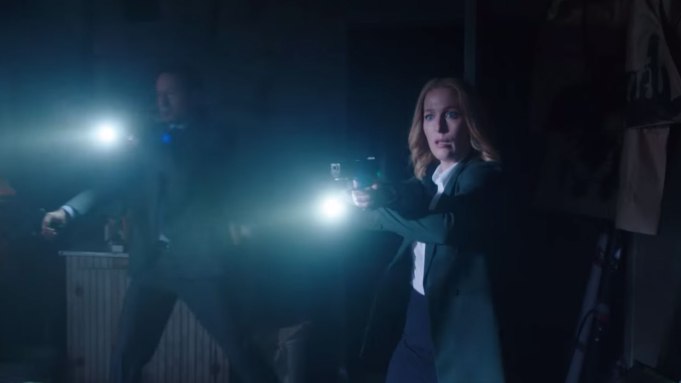 Mulder and Scully reunite in the first footage from the upcoming hotly anticipated revival of “The X-Files,” released Tuesday by Fox.

In anticipation of the Jan. 24, 2016, premiere of the new event series, Fox is celebrating 201 days of “The X-Files” with one episode per day in chronological order, starting today with the pilot and ending with the series finale on Jan. 23, 2016, just one day before the revival debut. All 201 episodes of “The X-Files” will be shown over the next 201 days.

The new teaser features old footage from sci-fi series, but most importantly, gives the first glimpse of Mulder (David Duchovny) and Scully (Gillian Anderson) back in action in the new series, as the fan-favorite duo runs into a dark room with their flashlights.

Watch the video above for the first footage from the new six-episode series, and start counting down to the premiere — only 201 days left.