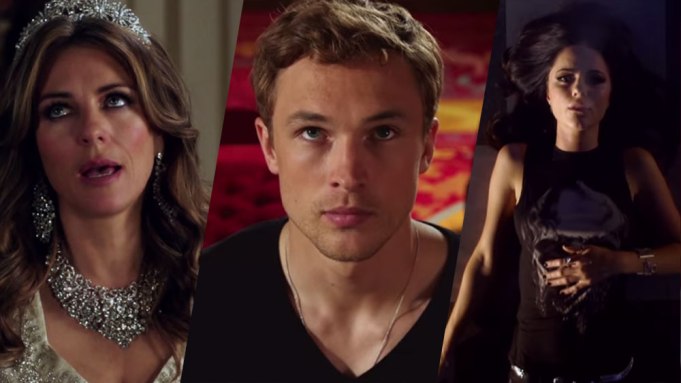 “The Royals” are back to reign again.

In the first footage from season two, exclusively revealed by Variety, Cyrus (Jake Maskall) is now king, following the death of King Simon (Vincent Regan) at the end of the first season, and the sex, scandals and drugs are at an all-time high.

“I have the power, which is great,” Maskall says in the video (watch above). However, Prince Liam (William Moseley) is ready to avenge his father’s death. “Whatever it costs, no one is going to stand in his way,” Moseley says in the promo.

Princess Eleanor (Alexandra Park) is seen hooking up with someone, while Jasper (Tom Austen) peers over, Queen Helena stumbles across a body — which may or may not be dead, or perhaps passed out drunk — and her mother (Dame Joan Collins) is back. So is Ophelia (Merritt Patterson), who’s embracing Liam in the first glimpse at the new episodes.

E!’s first foray into scripted territory was a gem as “The Royals” was a ratings success, especially among its core audience of young, social women. Even before the series debut, the cabler renewed the Elizabeth Hurley-starrer for a second season, indicating promise in the dramedy.

“The Royals” is currently in production in London.