Continue to Variety SKIP AD
You will be redirected back to your article in seconds
Sep 9, 2015 3:32pm PT 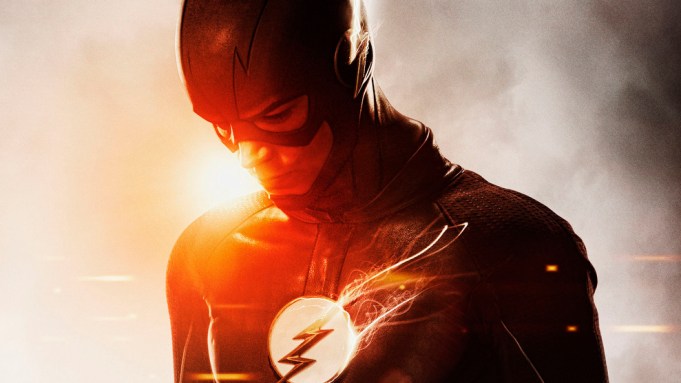 “The Flash” is speeding back to our screens on Oct. 6, and The CW has released a new trailer previewing the debut of Teddy Sears as Jay Garrick, best known to DC Comics fans as the original iteration of The Flash, who made his first appearance in Flash Comics #1 back in 1940. In The CW’s sprawling superhero universe, Jay will introduce our Scarlet Speedster, Barry Allen (Grant Gustin), to the concept of alternate universes — beginning with Earth-Two, as the show’s producers revealed at Comic-Con.

As usual, Cisco (Carlos Valdes) manages to nab all the best lines in the footage as Team Flash gets to grips with the possibility of traveling not just through time, but through the Multiverse. Viewers can also get a glimpse of former WWE star Adam Copeland (aka Edge) as DC villain Atom Smasher in the promo, along with Shantel VanSanten as Patty Spivot, a science enthusiast and cop at the CCPD.

New faces joining Sears, VanSanten and Copeland in “Flash” season two include Keiynan Lonsdale as future speedster Wally West and, as Variety exclusively revealed, “Candyman” star Tony Todd as the voice of new villain Zoom. “The Flash” and “Arrow” will also introduce numerous characters ahead of their spinoff series “DC’s Legends of Tomorrow,” bowing at midseason, including Casper Crump as immortal villain Vandal Savage, and Falk Hentschel as Carter Hall/Hawkman.

The CW previously teased Jay Garrick’s arrival with an image inspired by the iconic comic book cover “Flash of Two Worlds” from The Flash #123, which introduced the concept of the DC Multiverse and Earth-Two for the first time in 1961.