‘The Fall’ Renewed for Season 3 with Jamie Dornan, Gillian Anderson 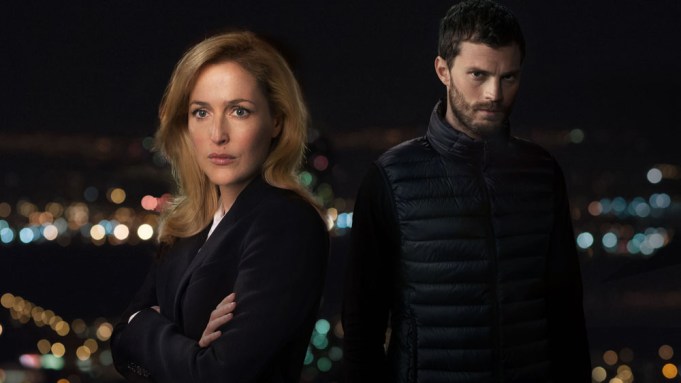 LONDON — The BBC has commissioned a third season of psychological thriller “The Fall,” which stars Gillian Anderson as police detective Stella Gibson and Jamie Dornan as serial killer Paul Spector. A teaser for season three has been released (above).

Endemol Shine Intl. has sold the show to 200 countries, including Netflix in the U.S., BBC First in Australia, Bravo Canada, DirecTV in Latin America, Globosat in Brazil, RTE in Ireland, Fox International Channels across Asia and a multiterritory deal with ZDF Enterprises in Germany.

Season two scored an average of 3.3 million viewers on BBC Two in the U.K. and a 12.5% share of the audience. The season finale was watched by 3.6 million consolidated viewers with a 12.7% share.

The series, which is set in Belfast, Northern Ireland, is created, written and directed by Allan Cubitt. It is produced by Gub Neal for Artists Studio, part of Endemol Shine Group. The executive producers are Cubitt, Justin Thomson-Glover, Patrick Irwin and Anderson.