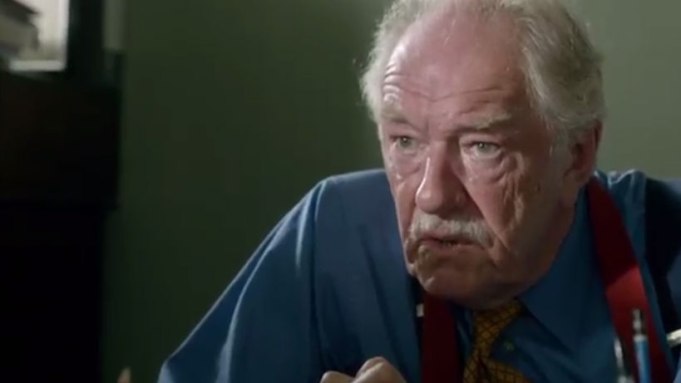 The first full trailer for HBO’s upcoming miniseries “The Casual Vacancy,” based on Harry Potter author J.K. Rowling’s book of the same name, has hit the Web — and Potter fans shouldn’t expect anything to be like Hogwarts.

The book and three-part miniseries follows a small town after a community leader dies without an obvious replacement for his seat on the committee. Plenty of drama follows, including town fights, murder and even a possible ghost.

Harry Potter fans should be pleased to see Michael Gambon in the trailer; he played Dumbledore in the magical series and serves in a central role in the HBO drama, but that’s where the similarities between Rowling’s works end. “The Casual Vacancy” was published in September 2012, marking first adult fiction novel after completing the six-book Harry Potter series.

“Cuckoo’s Calling,” another post-Potter novel of Rowling’s, will also hit the smallscreen, with the BBC announcing the TV adaptation in December. Rowling is also writing the screenplay for “Fantastic Beasts and Where to Find Them,” a feature adaptation of her book set in the Harry Potter universe (though without the typical characters) that Warner Bros. will release in 2016.

Parts one and two of “The Casual Vacancy” will air on HBO on April 29. Part three will air April 30.