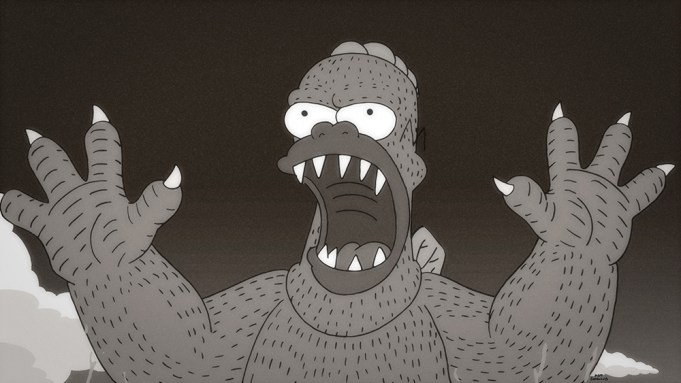 With the annual “Treehouse of Horror” episode of “The Simpsons” airing Sunday, it was a safe bet we’d be seeing a new horror-themed couch gag.

The “Treehouse of Horror XXVI” couch gag was animated by “Ren and Stimpy” animator John Kricfalusi. The gag shows the Simpson kids trick-or-treating and stumbling upon a monster doing his own holiday food hunting. The opening has a lot of pseudo-grotesque imagery, including the monster peeling Bart like a banana and eating his insides.

Holiday-themed couch gags are the norm for the biggest animated TV show. Last Christmas, they included one with an “obligatory ‘Frozen’ reference.” Another from last year involved a nightmare-inducing scenario where Homer flashed forward thousands of years.

“The Treehouse of Horror XXVI” episode of “The Simpsons” airs Sunday, Oct. 25 on Fox.