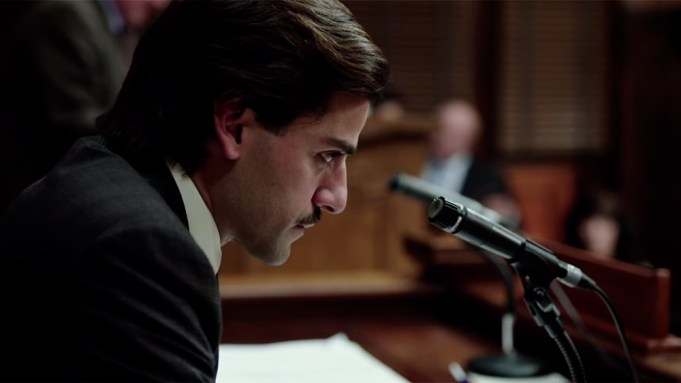 “Show Me a Hero” may be a period drama, but the trailer suggests that the upcoming HBO miniseries draws a lot of parallels to the current civil-rights battle in our country.

The story takes place in the 1980s and ’90s and follows Oscar Isaac as Nick Wasicsko, a young Yonkers mayor who finds himself at the crossroads of race and politics when he is instructed to build low-income housing units in his largely Caucasian community. He hopes to be on the right side of history, but at what cost?

Set to be shown in six hourlong installments, the series is an adaptation of Lisa Belkin’s 1999 book and is penned by “The Wire’s” David Simon and William F. Zorzi and directed by Paul Haggis. All three are exec producing, along with Gail Mutrux and Nina Kostroff Noble. The project has been on the development slate since the 2003-04 season.