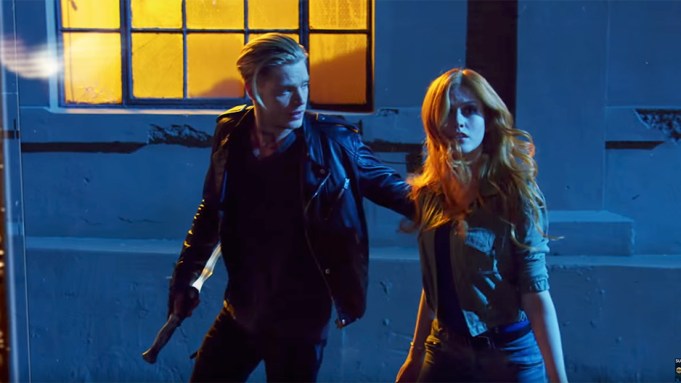 ABC Family has released the first teaser for its new supernatural drama “Shadowhunters,” offering fans a glimpse of stars like Katherine McNamera and Dominic Sherwood.

The series is based on the “Mortal Instruments” young adult book series. It follows 18-year-old Clary Fray (McNamera), who learns on her birthday that she is from a long line of human-angel hybrid demon hunters called “shadowhunters.” This news will lead Clary on a journey of discovery about her family’s past and her future while she searches for her kidnapped mother.

“Shadowhunters” will premiere on Jan. 12, 2016. This is also when ABC Family completes its re-branding and changes its name to Freeform.

ABC Family has also announced the return of popular series “Pretty Little Liars.” Season 6B will premiere on Jan. 12, while a special flash-forward episode that explains the series’ five-year time jump will air on Nov. 24.