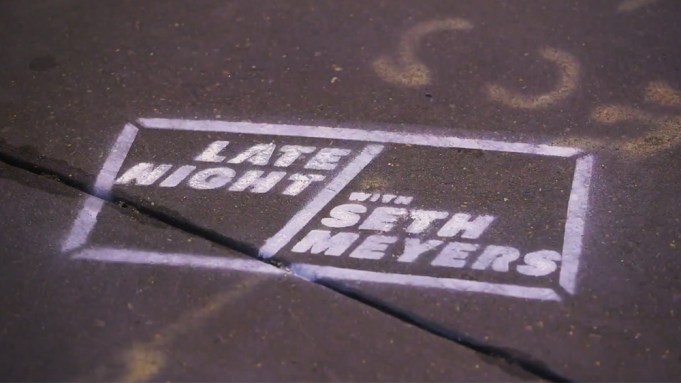 Since Bill Murray stole the whole “jumping out of a cake” bit, Seth Meyers decided to go a different direction to pay homage to David Letterman as he ends his latenight reign. The show created a shot-for-shot remake of Letterman’s original opening title sequence.

Meyers hosts the fourth incarnation of NBC’s “Late Night,” which Letterman created in 1982. He joins a long list of celebrities paying tribute to Letterman, who will wrap the “Late Show” Wednesday night on CBS.