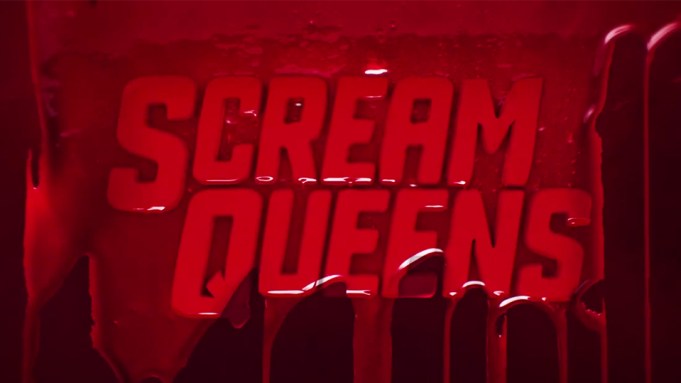 Murphy released the sneak peek on Friday the 13th, making the announcement on Twitter.

There’s no better day than #FridayThe13th to give you the first teaser for @ScreamQueens! Here you go: http://t.co/OE26pYkitp#screamqueens

The video features upbeat pop music and a young, blonde, college-aged looking woman blowing pink bubble gum, only to have the bubble popped by a bloody knife.

Fox has ordered 15 one-hour episodes of “Scream Queens,” which is set to begin production this spring and slated to premiere in the fall.