‘Scream Queens’: Behind the Scenes With the Red Devil (VIDEO) 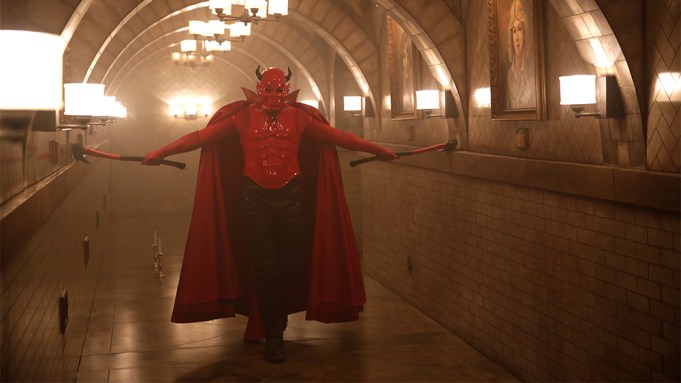 Episode three (“Chainsaw”) revealed that there are at least two killers. While we still don’t know who they are, we do know the man behind the mask: David Leroy Anderson. The two-time Oscar winner, who owns AFX Studios in Van Nuys, details what it was like to develop this iconic character’s costume in a behind-the-scenes video.