Sam Simon, Co-Creator of ‘The Simpsons,’ Dies at 59 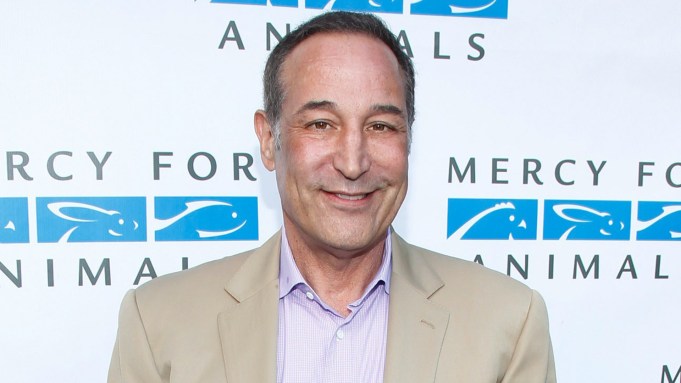 Nine-time Emmy winner Sam Simon, who wrote episodes of “Taxi,” “Cheers” and “It’s Garry Shandling’s Show” before co-creating landmark animated series “The Simpsons” and eventually becoming a philanthropist, died Sunday of colorectal cancer at his home in Los Angeles, his reps confirmed. He was 59 and was diagnosed with terminal cancer in late 2012.

“Simpsons” showrunner Al Jean also confirmed the news with a tweet on Monday.

Simon shared seven Emmy Awards for “The Simpsons” and two for his work on “The Tracey Ullman Show.”

In 1989 he developed “The Simpsons” with Matt Groening and James L. Brooks, and he subsequently co-wrote nearly a dozen “Simpsons” episodes during his tenure on the animated comedy, also serving as co-showrunner, character designer, creative consultant, creative supervisor, developer, and writer. He left the show in 1993 while retaining an exec producer title.

The animated sitcom, he said, gave him more freedom than live action. “You can draw animals and sets but the animated characters also have freedom. The Simpsons sometimes do things that real people wouldn’t do.”

“Sam Simon taught me everything about animation writing, and even more about life,” “The Simpsons” exec producer Al Jean said.

When Simon “turned to writing animation, he helped to give birth to something which changed the landscape of television and has given him a legacy that will live forever,” said Craig Miller, chairman of the Animation Writers Caucus of the Writers Guild of America West, speaking in November 2013 upon the announcement that Simon would receive the AWC’s writing award that month. Al Jean presented the award.

While there is plenty of credit to go around, Ken Levine, a writer on the series, has written, “I’m here to tell you, the real creative force behind ‘The Simpsons’ was Sam Simon. The tone, the storytelling, the level of humor – that was all developed on Sam’s watch.”

Though Simon left “The Simpsons” in 1993 — the early years of the series were internally contentious — he was still credited as an executive producer as the show continued to generate hundreds of episodes over more than two decades, and his severance package ensured that he was a very wealthy man who could spend much of his time on philanthropy and on hobbies outside Hollywood.

Simon was profiled on “60 Minutes” in 2007, after which CBS correspondent Daniel Schorn wrote online that he is “the Renaissance man of the baffling, uncertain age we live in.”

As a writer, Simon also took a stab at the feature arena, penning the 1991 slumlord comedy “The Super,” starring Joe Pesci.

Most recently, he had served as an executive consultant for FX’s Charlie Sheen comedy “Anger Management” in 2012-13 and also directed an episode of the series in 2012.

Fourth-generation Californian Samuel Simon grew up in Beverly Hills and Malibu, then attended Stanford U. While at Stanford he was the cartoonist for the school paper and worked professionally as a sports cartoonist for the San Francisco Chronicle and the San Francisco Examiner. After graduating in 1977 (he majored in psychology), he worked at animation house Filmation Studios, first as a storyboard artist and then as a writer. He earned his first smallscreen credits there, on “Fat Albert and the Cosby Kids” and “The New Adventures of Mighty Mouse and Heckle and Jeckle,” both in 1979. (Decades later, he told Stanford magazine of “The Simpsons”: “It was largely based on what I didn’t like about the Saturday-morning cartoon shows I worked on. ‘The Simpsons’ would have been a great radio show. If you just listen to the sound track, it works.”)

By the mid-’80s he had long since turned his attention to primetime sitcoms, penning an episode of “Barney Miller”; writing and serving as executive story editor for “Taxi,” acting as showrunner in its final season in 1982-83; and writing and producing for “Cheers.” He wrote three episodes of “It’s Garry Shandling’s Show” and then served as exec producer of “The Tracy Ullman Show” in the late ’80s.

He was creator, exec producer and a writer on brief runner “The George Carlin Show” in 1994-95, and though he made a conscious decision to move away from television work after “Carlin,” he was consulting producer on “The Drew Carey Show” in 1998-2003 as well as a frequent director on that comedy.

Simon parlayed his very serious devotion to poker into the 2009 Playboy TV reality show “Sam’s Game,” and earlier, he had indulged an interest in boxing to the point of managing Lamon Brewster to the World Boxing Organization Heavyweight Championship in 2004. He was also a frequent contributor to “The Howard Stern Show.”

But Simon was also a devoted philanthropist. An animal lover, he funded the Sam Simon Foundation, which rescued dogs, funded a traveling animal surgery clinic assisting the ailing pets of those who otherwise could not afford medical attention for them and provided vegan food for hungry humans. He also supported PETA, which named its Norfolk, Va., HQ the Sam Simon Center; Save the Children; and global marine conservation organization the Sea Shepherd Conservation Society, which named one of its vessels after him.

After being diagnosed with colon cancer, Simon started buying zoos and circuses to free animals.

Simon was married to actress Jennifer Tilly from 1984-91 and to Playboy Playmate Jami Ferrell from 2000-03.