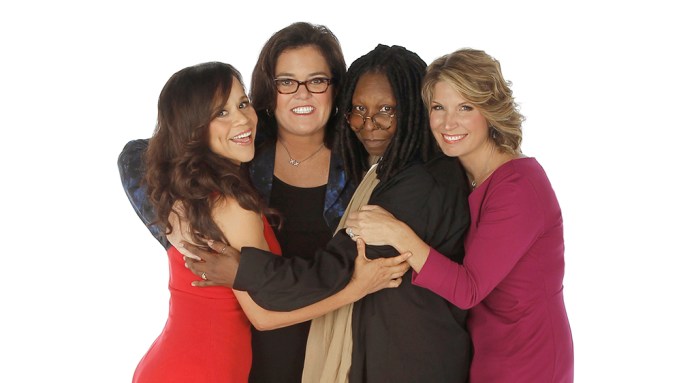 ABC has put the brakes on a plan to fire Rosie Perez from “The View,” after Variety broke the news of the decision on Jan. 14.

At the time, the network wasn’t ready to announce the co-host’s departure. According to a source familiar with ABC execs’ thinking, fear of “an Ann Curry situation” — a reference to NBC’s botched firing of the “Today” anchor in 2012 — led executives to reverse course and keep Perez on the network’s 11 a.m. talk show for now.

Perez had only been on “The View” for four months when ABC execs concluded that she wasn’t the right fit for the show. The network thought it had an easy plan to offer Perez a graceful exit: The actress was already scheduled to take a month off from “The View” in January to prepare for her role in Larry David’s Broadway play “Fish in the Dark.” Instead of having her return to the Hot Topics table once she was done with rehearsals, the show would announce she had to leave permanently for her other commitment.

Under one scenario hatched by execs, to avoid the appearance of pushing out their first Latina co-host in 18 seasons, ABC would throw a farewell for Perez and invite her on to explain why she was departing.

But the Variety story that broke the news of Perez’s ouster created pandemonium backstage at the “The View.” One problem was that ABC execs hadn’t told the other co-hosts of the plan. Rosie O’Donnell, who joined the 18th season of “The View” in September along with Republican strategist Nicolle Wallace and returning moderator Whoopi Goldberg, was particularly caught offguard, sources say. O’Donnell is close friends with Perez.

After O’Donnell and others pressed ABC bosses for an explanation, the network backpedaled on the plan. Among concerns, ABC worried about outrage from viewers about dropping a Latina co-host so quickly. And they had not vetted other candidates who could replace Perez.

The premature news leak in Variety, which was corroborated by reports from other media outlets, led to concerns that Perez’s departure would reflect badly on the show and ABC management in the same way that the tearful departure of Curry from “Today” tarnished the NBC morning show’s sunny image. ABC executives weren’t high on Perez’s performance on “The View” because she didn’t necessarily steer the Hot Topics segments in the direction that made the talk show must-see TV, but last week, ABC announced that Perez would return on Feb. 3. According to sources, Perez could remain on “The View” through her one-year contract that ends in August, or possibly leave earlier if the situation changes again.

Senior ABC executives strongly deny that there was ever a plan to oust Perez.

“These unnamed sources are wrong,” said an ABC spokesperson. “As was always the plan, the amazingly talented Rosie Perez took time off to rehearse for her Broadway play. We’re eagerly looking forward to having her back on February 3rd. Any speculation to the contrary is simply untrue.”

It’s been a chaotic year for the morning roundtable talk show, which saw its co-creator Barbara Walters retire last year. In October, the network moved the management of “The View” from its longtime home at ABC Daytime to ABC News, under the portfolio of the division’s president James Goldston. But sources close to the situation say the new team has had trouble steering the ship, particularly when it comes to communicating with the co-hosts about the direction of “The View.”

It’s clear that there’s been internal finger-pointing and suspicion stirred up by the shift in oversight from ABC Daytime to ABC News. “The View” has been a magnet for media gossip since its inception in 1997, and now that has been heightened by ABC’s internal politics.

Ben Sherwood has made revamping “The View” one of his top priorities as the incoming president of Disney/ABC Television Group (he formally starts the job next week), but the changes implemented since the show moved to the news division haven’t worked so far. After a strong launch for the new panel in September, with total viewers hitting an eight-year high of 3.9 million for the premiere episode, ratings haven’t improved dramatically from last year’s sluggish season, when Jenny McCarthy was the new addition to the panel.

“View” numbers rebounded some in November after sagging in October. But “The View” is facing its toughest challenge to date from CBS’ competing roundtable yakker “The Talk,” which is on the upswing.

“It’s never been such a mess,” one insider revealed. “Nobody knows what’s going on.”

One rumor that continues to echo among staff at the Upper West Side studio is that ABC will cancel “The View” at the end of this season to replace it with an additional hour of “GMA.” But that would be complicated by the fact that the ABC O&Os carry the syndicated “Live With Kelly and Michael” at 9 a.m. That show performs well for the O&Os, which means that there would be internal resistance to messing with success. And because it is syndicated (by Disney/ABC Domestic TV), “Kelly and Michael” has long-term contracts with non-ABC owned stations. ABC would probably have a hard time clearing another hour of network time at 9 a.m. by this fall because most of its affiliate stations have long-term contracts for programming in the crucial hour that follows “Good Morning America.”

Restarting “GMA” in the 11 a.m. network time slot that is now home to “The View” might be tricky, as evidenced by the short run of “Good Afternoon America” in 2012 with Josh Elliott and Lara Spencer that didn’t gain much traction. That show was seen as a trial balloon for an expanded “GMA,” although it was quickly pulled together as a nine-week replacement for the short-lived ABC Daytime series “The Revolution,” filling the gap in the spring and summer until Katie Couric’s talkshow launched that fall.