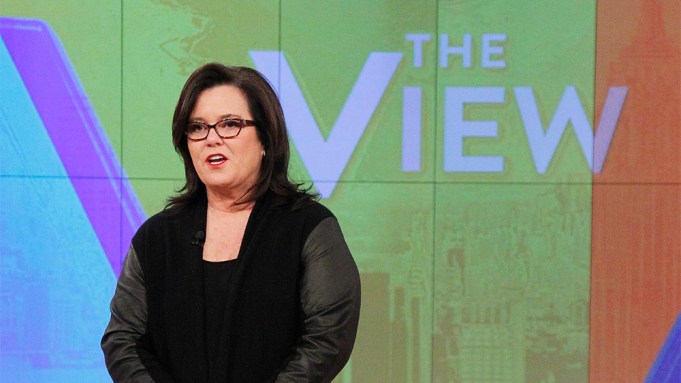 After not addressing her departure on Monday’s episode of “The View,” which confused many viewers who had been following reports of her exit, Rosie O’Donnell took to YouTube to explain why she’s leaving the morning talkshow, and why she chose not to touch on it there.

In the video, posted on Monday afternoon, she explains that she’s leaving to focus on her health after suffering a heart attack two years ago.

“Stress is very bad for heart attack survivors,” she says. “You should minimize your stress, maximize your exercise and control your diet. That’s what you need to do for a healthy heart. So that’s what I’m doing. I’m minimizing my stress by leaving ‘The View.””

The comedian previously addressed her departure via an interview over the weekend with “Entertainment Tonight” in which she attributed her exit to a desire to focus on her family after divorcing wife Michelle Rounds. Insiders told Variety, however, that family struggles weren’t the only reason she was leaving the show — tensions with fellow co-host Whoopi Goldberg and the ongoing behind-the-scenes executive turmoil at “The View” compounded problems.

O’Donnell’s final episode of “The View” will be on Thursday. Her second stint on the morning talker lasted just five months. She previously left the program in 2012 after a single season.

O’Donnell’s departure is only the latest in the ongoing “The View” drama. Variety broke news last month that ABC was going to fire co-host Rosie Perez, but the network backtracked after the news went public.