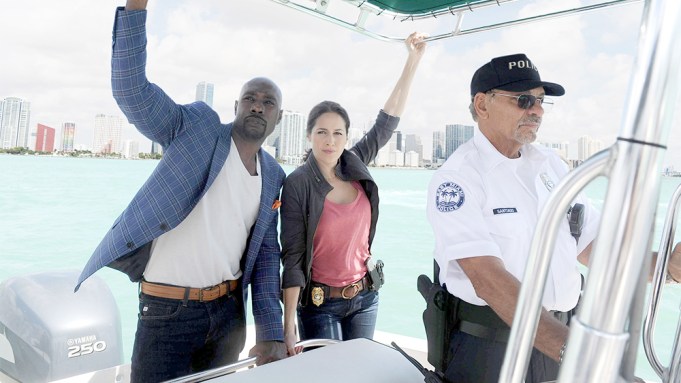 Described as the Beethoven of private pathologists, Dr. Beaumont Rosewood, Jr. (Morris Chestnut) is the cocky but undeniably charming hero at the center of Fox’s new medical procedural “Rosewood,” and Variety has a first look at the drama series, which premieres Wednesday, Sept. 23.

“‘Rosewood’ is a procedural about an eternal optimist who just happens to be the best private pathologist in all of Miami,” says series creator Todd Harthan in the exclusive video. “He exudes charm but he also exudes this sort of sincerity and warmth.”

In “Rosewood,” the titular pathologist will team up with Detective Annalise Villa (Jaina Lee Ortiz), to uncover clues no one else sees and help the Miami PD solve the city’s most challenging cases.

The series is something of a family affair, since Rosewood’s team also includes his sister and “toxicology queen,” Pippy (Gabrielle Dennis), and her fiancee, DNA specialist Tara Milly Izikoff, aka “TMI” (Anna Konkle). Elsewhere, Rosewood’s mom, Donna (Lorraine Toussaint), is on the cusp of some major life changes that will affect her children profoundly. A matriarch with a lot of strong opinions, Shirley holds family gatherings sacred and makes Rosewood’s love life a regular topic of conversation. Rounding out the cast is Miami PD’s Captain Ira Hornstock (Domenick Lombardozzi).

Plagued with his own medical ailments, Rosewood believes that every moment of life, no matter how small, should be embraced and lived to the fullest. This heightened awareness allows him to see details on bodies that others cannot.

“Rosewood” hails from Temple Hill in association with 20th Century Fox Television. The series was created by Todd Harthan and is executive-produced by Harthan, Wyck Godfrey and Marty Bowen.