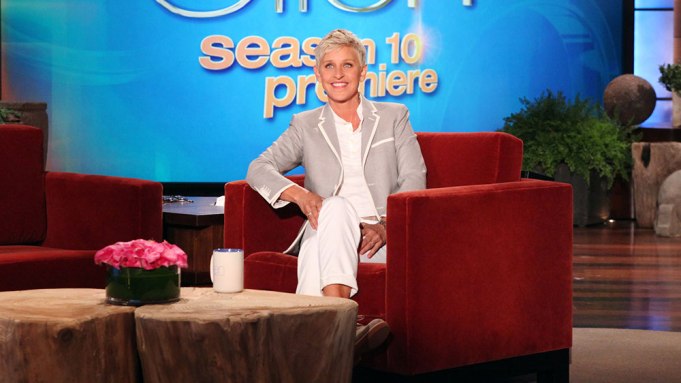 ABC has set a Feb. 17 premiere date for its upcoming hidden camera series “Repeat After Me,” the network announced at Wednesday’s Television Critics Assn. in Pasadena.

“Repeat After Me” will see host Wendi McLendon-Covey, star of “The Goldbergs,” guide celebrities, via earpiece, to interact with everyday people who aren’t aware they’re being filmed. The winning moment will be announced in front of a live studio audience at the end of each episode.

Along with DeGeneres, Ed Glavin, Andy Lassner, Kevin A. Leman II, Jason Goldberg, James Breen and Jeff Kleeman — all of “The Ellen DeGeneres Show” — are executive producers. Warner Horizon Television will produce in association with A Very Good Production.

Watch a sneak peek of the premiere episode above.