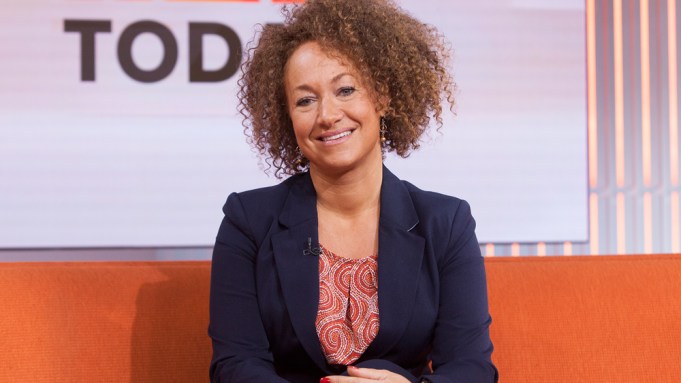 Rachel Dolezal, the civil rights activist accused of lying about her race who just resigned from her NAACP chapter, broke her silence about her ethnicity on the “Today” show.

When asked by Matt Lauer on Tuesday whether she is African-American — a question she has previously dodged — Dolezal said, “I identify as black.”

“I was drawing self-portraits with the brown crayon instead of the peach crayon and black curly hair,” she said, which started as early as 5 years old.

Dolezal took offense when Lauer suggested that she may have deceived people by identifying as black.

“I do take exception to that because it’s a little more complex than me identifying as black or answering a question of, are you black or white?” she said.

Asked if she’s done anything to darken her complexion, she said, “I certainly don’t stay out of the sun.” Dolezal also tackled social-media comments that she was putting on blackface.

“I have a huge issue with blackface,” she said. “This is not some freak ‘Birth of a Nation’ mockery blackface performance. This is on a very real, connected level. How I’ve had to go there with the experience, not just a visible representation, but with the experience.”

Dolezal came under fire last week after her estranged parents revealed that she was a Caucasian woman by birth who was pretending to be African-American. She stepped down from the NAACP chapter in Spokane, Wash., where she served as president, on Monday.

“As much as this discussion has somewhat been at my expense recently, and in a very sort of viciously inhumane way come out of the woodwork, the discussion is really about what it is to be human,” she told Lauer. “I hope that that can drive at the core of definitions of race, ethnicity, culture, self-determination, personal agency and, ultimately, empowerment.”

Dolezal will also give interviews to NBC News and MSNBC, sitting down with Savannah Guthrie on “NBC Nightly News” and Melissa Harris-Perry for MSNBC and NBCBLK, NBCNews.com’s African-American vertical.