Continue to Variety SKIP AD
You will be redirected back to your article in seconds
Jan 12, 2015 4:15pm PT

Watch: ‘Penny Dreadful’ Season 2 Trailer Is Bloodier Than Ever 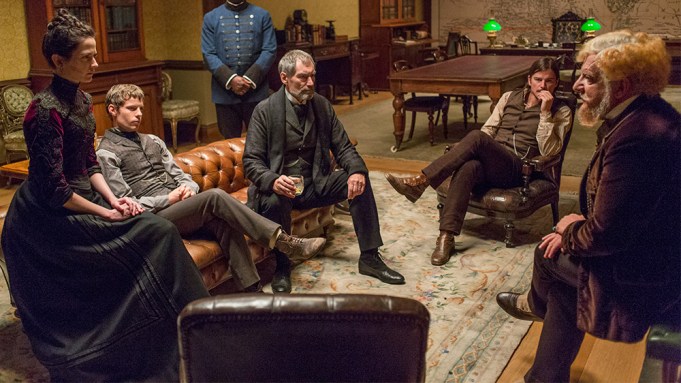 Showtime’s “Penny Dreadful” will be back — and bloodier than ever — on April 26.

The new episodes will feature more of werewolf Ethan (Hartnett), whose self-discovery is a major part of the upcoming storyline. “Ethan, this season, learns exactly what he is,” said Logan. Hartnett added that he knew he’d be playing a werewolf ever since he signed onto the series.

As for the literal bloodbath in the trailer (watch above), McCrory said it took months for the crew to perfect the fake blood in which she bathes.

Though season two has yet to debut, Logan teased a third season: “I’m nothing but confident.”