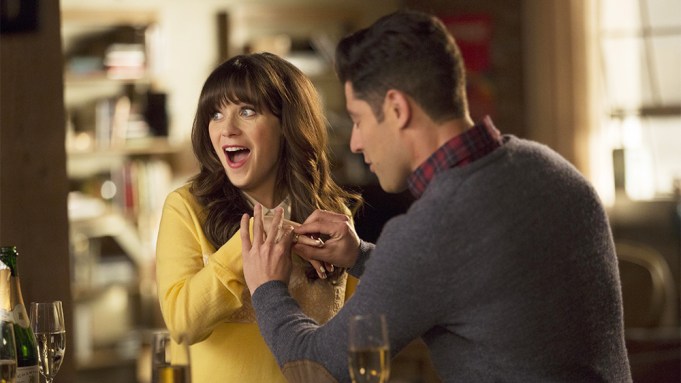 The sneak peek of  “New Girl’s” season five premiere shows an enthusiastic Schmidt (Max Greenfield) wooing new fiancee Cece (Hannah Simone) with an elaborate Indian dance performance. For those not caught up, season four ended with a surprising engagement between the two characters.

Along with debuting a newly engaged couple, season five will also welcome guest star Peter Gallagher as Schmidt’s father. Megan Fox will appear in a recurring role while usual topliner Zooey Deschanel is on maternity leave. Fox will play Reagan, who rents out Deschanel’s character’s room in the loft while she is away on jury duty. Her first appearance on the show will come in the sixth episode of the new season,

Created by Liz Meriwether, “New Girl” is produced by Chernin Entertainment in association with 20th Century Fox Television. Meriwether, Dave Finkel, Brett Baer, Jake Kasdan, Peter Chernin and Katherine Pope are executive producers. The series was picked up for another season in March.

Ring in the new year with “New Girl’s” season five premiere on Jan. 5 on Fox.