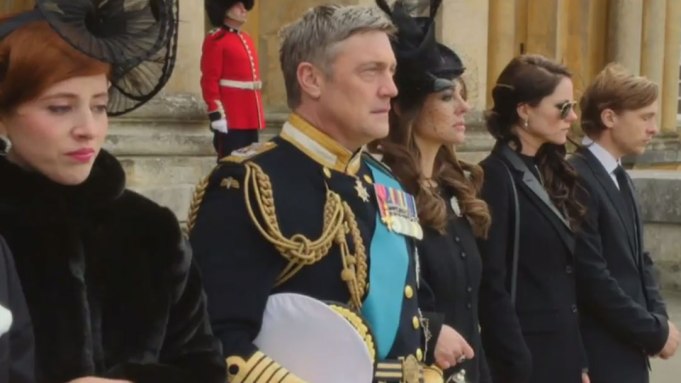 Did you see that viral video of a naked man climbing out of Buckingham Palace on a bed sheet? Well, it’s fake.

E! revealed Tuesday that the video, which has garnered more than 1 million views on YouTube since it was posted on Friday, is launching the online tabloid “D-Throned” for E!’s new show “The Royals.”

The show is E!’s first ever scripted series and focuses on the dramatic lives of a modern-day fictional British royal family, penned by “One Tree Hill” creator Mark Schwahn, and starring Elizabeth Hurley as the queen of England.

The show premieres on March 15 on E!, but while you’re waiting for all the royal madness to ensue, you can check out the “D-Throned” tabloid, which deals the dirt on the show with sensationalist headlines like “Prince Liam Joins Tinder—Not Getting Enough Action Already?!” and “3 Things the Queen Should Really be Thankful for this Holiday.”

Watch a sneak peak of “The Royals:”