Continue to Variety SKIP AD
You will be redirected back to your article in seconds
Aug 27, 2015 8:13am PT 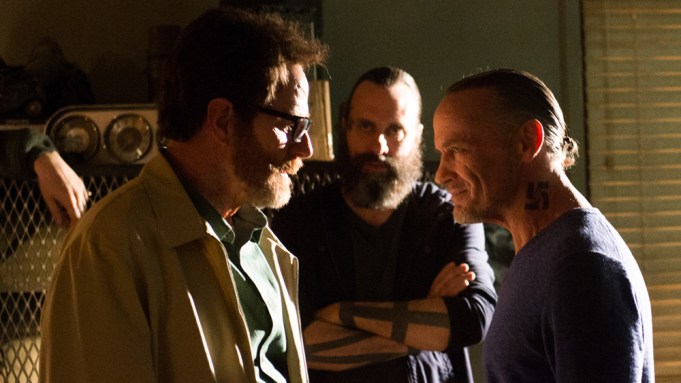 Oh, so it’s really the “Mythbusters” team who are the ones who knock?

With all the loose ends tied up in the “Breaking Bad” finale, which aired in 2013 on AMC, there are some things in particular that fans still want to know: Would it really have been possible for Bryan Cranston’s anti-hero, Walter White, to build his ammo-filled booby trap? And would that mechanical version of “Scarface’s” “little friend” scene have actually taken town the hive of skinheads, like the show suggested?

Jamie Hyneman and Adam Savage, who host Discovery’s “Mythbusters,” recently went on the case to test both questions. “Breaking Bad” creator Vince Gilligan, ever the good sport about these things, even came along for the ride.

The results? Better than they were during “Mythbuster’s” “Breaking Bad” special in 2013, which debunked the effects of both hydrofluoric acid in a bathtub and of solid mercury fulminate thrown to the ground.

“One out of three. That’s good in like baseball,” said Gilligan.