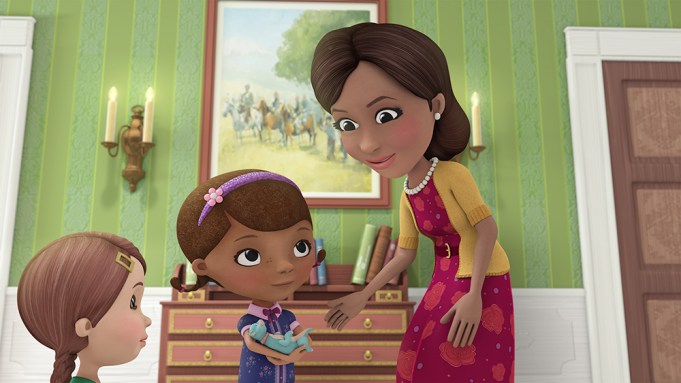 The First Lady invites Doc and other kids who make a difference in their communities to the White House in the episode, which Disney released a preview of on Thursday. Doc and company are later honored in a special ceremony, where the First Lady appoints Doc to official “toy doctor” for the White House.

The episode is only the latest visit to television for Obama. She is also confirmed to sit down with “The Late Show” host Stephen Colbert and present a challenge in Lifetime’s “Project Runway Junior.”