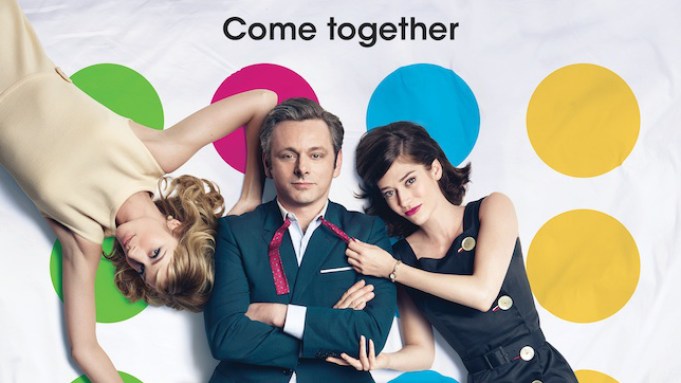 “Masters of Sex” is getting even twistier in its third season.

The new key art, revealed Monday by Showtime, shows Dr. Masters (Michael Sheen) and Virginia Johnson (Lizzy Caplan) laying on a Twister-themed mat, joined by none other than a sprawled-out Libby Masters (Caitlin Fitzgerald) with the tagline “come together.” The new teaser gives even more evidence into the three-way theory with Libby kissing Virginia in bed.

“I’ve always wondered what it felt like — with you,” Libby says with a smirk.

The video also affords the first glimpse at Josh Charles, who joins the Showtime drama in a season-long arc. “The Good Wife” alum will play Daniel Logan, a self-made, charismatic salesman attempting to bottle up the smell of sex. His presence complicates things for Masters and Johnson, as he tries to market his aphrodisiac to the general public.