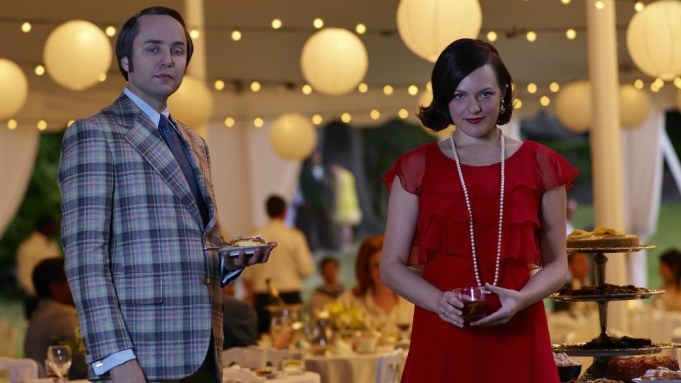 We still have a while to wait until the return of “Mad Men” on April 5, but Variety has an exclusive video featuring the AMC drama’s Vincent Kartheiser (Pete Campbell) to whet your appetite for season 7B and the final seven episodes.

In the EPK above, Kartheiser discusses showrunner Matthew Weiner’s success in casting relative unknowns who grew into breakout stars, Pete’s evolution in the final season, and his experience filming the show.

Pete Campbell heads into the final run of “Mad Men” episodes feeling very unsettled about the looming end of his marriage to Trudy and how he’ll navigate his role as a father to their daughter, Tammy. His new girlfriend in L.A., real estate broker Bonnie, went so far as to tell him, “I don’t like you in New York” after he refused to let her meet Tammy while the two were on a visit to the city. But like most of the “Mad Men” principals, Pete has never wavered in his commitment to the agency — and he’s now poised to score through the sale to McCann Erickson that was orchestrated by Roger in the closing moments of season 7A.

Below, Variety also has an exclusive look at two new gallery images featuring Kartheiser and co-star Elisabeth Moss from season 7B.