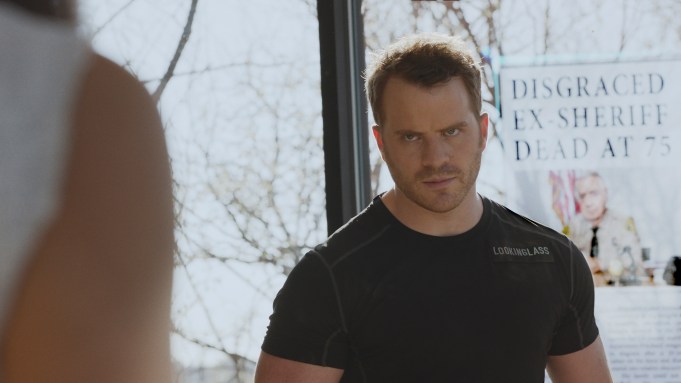 The first trailer for Fox’s Frankenstein-inspired drama “Lookinglass” has hit the Web.

The trailer shows 75-year-old booze-addled, disgraced former L.A. County sheriff Jimmy Pritchard, played by Philip Baker Hall, who is killed when he wakes to find a robbery taking place in his son’s home.

Pritchard apparently hit the genetic jackpot and his death is short lived when twin tech-genius billionaires, played by Dilshad Vadsaria and Adhir Kalyan, bring him back to life in an attempt to save one of their own lives.

“This isn’t me,” a younger, stronger Pritchard, played by Robert Kazinsky, says in a gravely voice.

“This is the best version of you,” Vadsaria’s Mary Goodwin responds.

The clip features Pritchard busting through windows, hacking into computers and delivering the line, “Second chances can be a real monster.”

“Lookinglass” at one point had the arguably better title “The Frankenstein Code” and is coming to Fox in 2016.