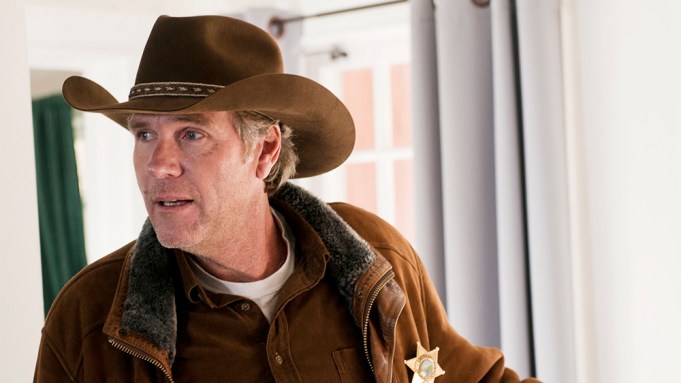 “Longmire” returns with Season 4 on Sept. 10, thanks to Netflix’s revival of the A&E series, and the first sneak peek scene and trailer are here.

The streaming service released a never-before-scene from the new episodes on Friday (watch above). The recently released season-four trailer is below.

The fourth season picks up moments after the season-three finale with Walt Longmire (Robert Taylor), who found out who was behind his wife’s murder, taking off in pursuit of the killer with murder on his mind. Branch Connally (Bailey Chase), the deputy whom Walt fired for his erratic behavior, believes he already knows who the culprit is, but during his confrontation with the suspect, a gun goes off. In the new 10 episodes, viewers will finally learn what happened and whether Walt can be stopped before he makes a fatal choice.