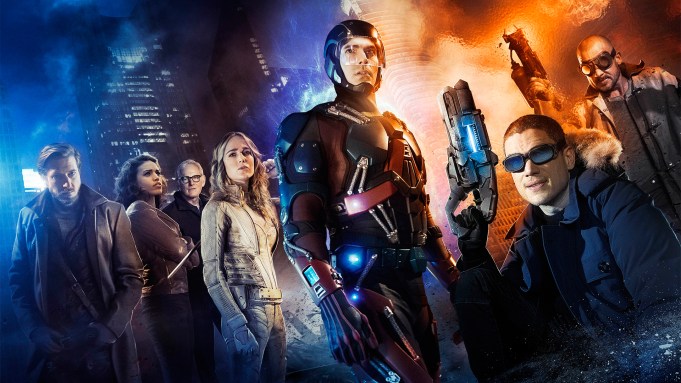 Courtesy of the CW

The new footage visits London in 2166, and sends the group back to 1975 in pursuit of Savage. There’s also plenty of squabbling between the team members, as reincarnated lovers Hawkman and Hawkgirl come to blows, along with some obvious friction between criminals Heatwave and Captain Cold and the rest of the Legends. “Arrow’s” Oliver Queen (Stephen Amell) and Laurel Lance (Katie Cassidy) also make an appearance in the footage.

Ahead of the “Legends of Tomorrow” premiere, “Arrow” and “The Flash” will air a two-night crossover event beginning Dec. 1, designed to set up the new spinoff by introducing Vandal Savage and the mythology of Hawkman and Hawkgirl. Watch the trailer for the crossover below.

“DC’s Legends of Tomorrow” will premiere Thursday, January 21 at 8 p.m. before the season three premiere of “The 100.”