Julia Louis-Dreyfus, Jeffrey Tambor on the Responsibility of Their Roles (VIDEO) 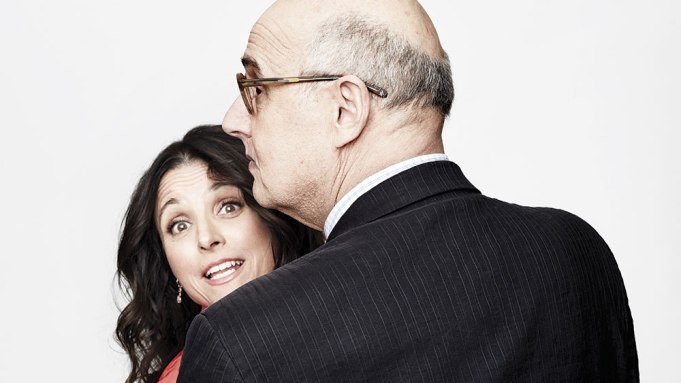 Julia Louis-Dreyfus: “Veep” came to me through my agent. He said to me, “They’re developing a show at HBO about an unhappy vice president.” I was like, where do I sign?

Jeffrey Tambor: I had the same experience with Jill Soloway. I saw the script of “Transparent,” and by page 8, I said, “I’m in!” You just know immediately.

Louis-Dreyfus: You were so smart to take that part.

Tambor: I love that part. I said, “Jill, I said you know you’re giving me a life-changing role.” I feel that Maura’s my new best friend. And I get into wonderful conversations now. People will take me aside and tell me some personal story about some experience in their family either with the transgender community or something they’ve heard or something they’ve read, and it’s a real personal thing. What about you? How has this changed your life?

Louis-Dreyfus: It’s just changed it enormously. The thing that’s great about this part, and maybe you would say the same for “Transparent,” is that I couldn’t have come to it without all the experience I’ve had prior. It informs everything I’ve done to now. Had this part come along 10 years ago, I don’t know if it would have been a good fit, in the way that I feel like it’s a good fit now.

Tambor: You know what I like about you? I like that in your acting and in your comedy you never wink. You take it dead seriously. And I never see you wink.

Louis-Dreyfus: I think it’s a serious business, don’t you? I don’t mean that it’s not fun, but the act of comedy is a serious act.

Louis-Dreyfus: Did you do any research for “Transparent”?

Tambor: I was very lucky I had some beautiful consultants from the trans community. I met with the great (writer) Jenny Boylan; I devoured her books. I met her in the Algonquin Room in New York, and we had a great conversation. I was shaking.

Louis-Dreyfus: Why were you shaking, from nerves?

Tambor: Because of the huge responsibility. I mean, the day they knocked on my door, and said, “OK, we’re ready to do the scene with your eldest daughter where you have to come out,” I was throw-up nervous. Because I wanted to do it right. It’s important. Lives are at stake.

Tambor: But how about you? Don’t you have a responsibility?

Louis-Dreyfus: The idea of playing a powerful woman, or a powerful person who happens to be a woman, who is constantly thwarted because of gender perhaps, because of the landscape of government and politics, particularly in the United States, and to take on issues that we’ve taken on in our show — abortion, death penalty, guns — those aren’t necessarily even remotely funny. And to thread the needle and make a comedic story with those issues has been incredibly challenging.