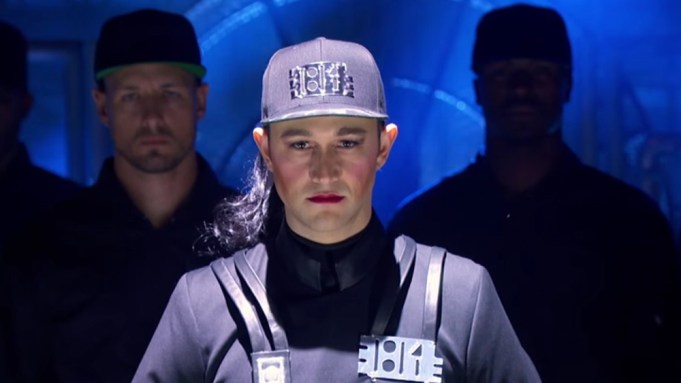 Don’t call it a comeback!

The holiday edition of the hit Spike series, which was spawned by a skit on “The Tonight Show With Jimmy Fallon,” opened with Mackie performing to Katy Perry’s “I Kissed a Girl” and Gordon-Levitt mouthing the words to Usher’s “Yeah” as their Santa-suited “The Night Before” co-star Seth Rogen watched on.

It’s been over two years since Gordon-Levitt’s first battle, when he became the reigning champ of lip syncing with his “Superbass” rendition, but the actor clearly hasn’t lost his touch.

Season two of “Lip Sync Battle,” hosted by LL Cool J and Chrissy Teigen, premieres on Jan. 7. A British version of the show is in the works at the U.K. network Channel 5.