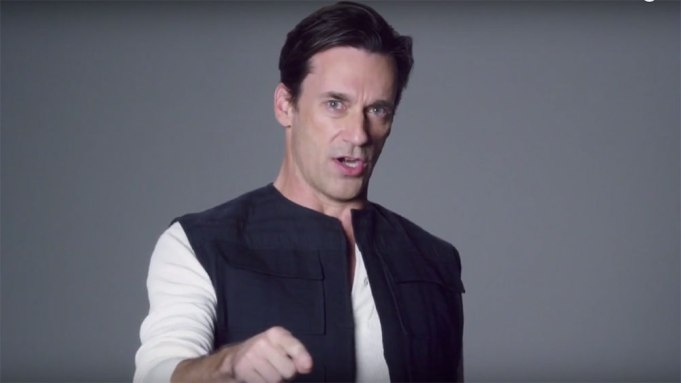 When news of “Star Wars: The Force Awakens” was announced, the roles in the movie undoubtedly became the hottest casting spots in Hollywood. But who knew Emma Stone and Jon Hamm wanted to get in on the Force?

In honor of “The Force Awakens'” impending release, just less than a month away, “Saturday Night Live” recruited director J.J. Abrams to show some of the “never-before-seen” screen tests of auditions, featuring some big names.

Stone touched on her own racial controversy while auditioning for Ridley’s part, Rey. Stone was the center of backlash for her role in Cameron Crowe’s “Aloha,” playing a part-Asian character.

“I know that the ‘Star Wars’ universe is very diverse, and I don’t know if you saw the movie ‘Aloha,’ but I can play a very convincing part-Asian woman,” said Stone.