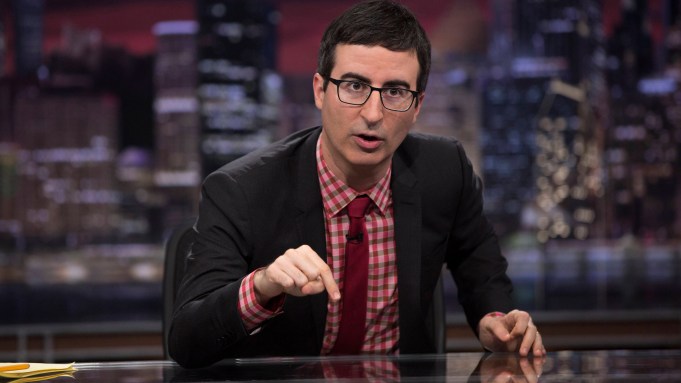 John Oliver and the “Last Week Tonight” staff wrangled together a band of comedians and TV talent for a sexual education explainer that is both much funnier and arguably more informative than the videos teens are currently forced to watch in school for sex ed class.

Other highlights include Mullally explaining ancient Egyptian contraception practices, declaring, “They’re all dead now”; Cox illustrating how to put a condom on a banana; and McBrayer saying, “This is a vagina.”

“Breaking Bad” and “Better Call Saul” star Jonathan Banks enters to deliver the stinger, referencing a video from the ’70s in which he played the romantic partner of a girl who has her period for the first time only to learn that it makes her incredible at bowling — it’s just one of those things you have to see to even begin to understand.

The PSA was part of the episode’s larger takedown of sexual education (or lack thereof) in the U.S., as Oliver’s show continues to explain difficult issues with insight and wit. Oliver’s “Last Week Tonight” won a Television Critics Assn. award for outstanding news and information program at Saturday’s TCA awards.