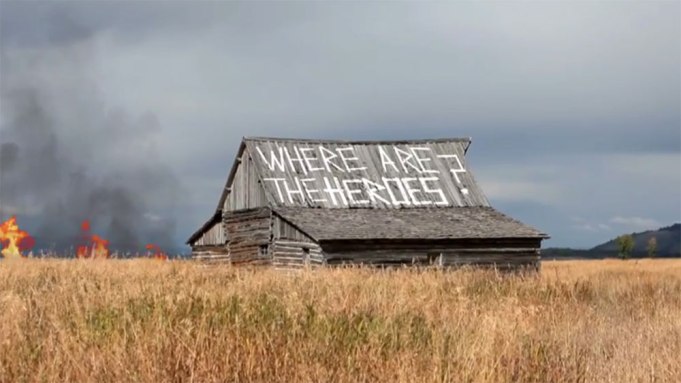 “It doesn’t matter how ordinary you think you are. We all have the potential to be heroes.”

So says the new teaser for “Heroes Reborn,” which — as promised — shows seemingly ordinary people doing extraordinary things (underscored by an eerie children’s choir rendition of Metallica’s “Nothing Else Matters,” no less).

While the first teaser for the series was vague on details, the latest clip hints at some plot and casting details.

A reboot of the fan-favorite series “Heroes,” which ran from 2006 to 2010, “Heroes Reborn” follows the heroes who have gone into hiding after they are blamed for a terrorist attack in Texas. The series stars Zachary Levi and Judith Shekoni along with Masi Oka, who played Hiro Nakamura on the original series. Creator Tim Kring returns as well.