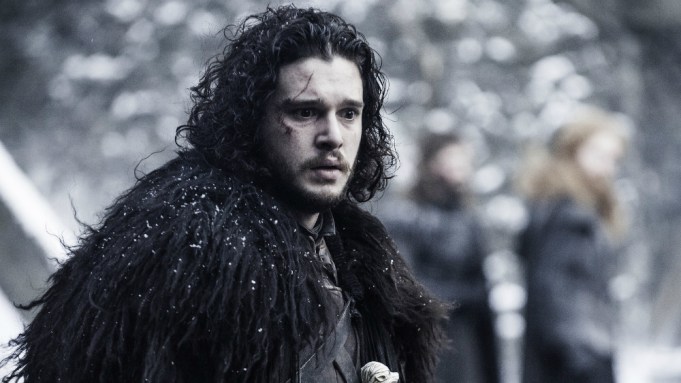 It may not have provided fans the Jon Snow closure they so desperately sought, but Friday’s “Game of Thrones” panel at Comic-Con did give Westeros loyalists a look at some of the stars’ memorable audition tapes.

And yes, Rose Leslie got to utter that line in her audition: “You know nothing, Jon Snow.”

The audition reel features fan favorites vying for their current roles. Gwendoline Christie threatens, “All my life, I’ve been knocking men like you into the dust” during her audition, while Natalie Dormer tackles Margaery Tyrell’s seductive scene opposite Renly Baratheon.

The audience members at Comic-Con weren’t alone in their hunger for Jon Snow news; finale director David Nutter recalled recently meeting President Obama, who put a solemn hand on Nutter’s shoulder and asked, “You didn’t kill Jon Snow, did you?”

Nutter recounted that he had to tell the commander-in-chief, “Mr. President, Jon Snow is deader than dead,” joking that he was afraid that he was about to get shipped off to Guantanamo Bay. (Another fun fact from Nutter’s meeting with Obama: POTUS’ favorite episode is “The Rains of Castamere,” which features the Red Wedding.)

As for who misses Kit Harington most, Maisie Williams (Arya) joked: “We couldn’t wait for him to be gone, to be honest. That hair, that face… so annoying.”

Anyone hoping for any season six spoilers had those dreams dashed fairly early on in the panel — since the show has now caught up to George R. R. Martin’s novels, the cast were even more tight-lipped than usual about what’s ahead, despite having received the first five episode scripts. “A lot of us at this table are in exactly the same boat as you guys,” Dormer admitted. “I don’t have an effing clue what’s going to happen to Margaery.” She did say that, considering we last saw Margaery locked in a cell at the end of season five, “Grandma ain’t around to look after her anymore … she’s in trouble.”

“We’re at the book point and the world in the balance point,” said executive producer Carolyn Strauss. “We’ve always tried to maintain a level of surprise for people who watch the show… with every season it gets more and more [difficult].” She did reassure fans that showrunners David Benioff and D.B. Weiss still talk to Martin “as much as they have… he’s laid out a lot of his thinking and David and Dan have jumped from there.”

The panelists also addressed Sansa’s controversial rape scene, with Sophie Turner insisting that she doesn’t see her character as a victim despite her season five storyline. “One thing Sansa is — despite what’s happened to her — is strong… She has gone through a lot, but she has developed skills from Cersei and Margaery, she’s just as strong as she was before,” she noted. “This whole series, she’s been just getting by without doing anything totally radical, because that could totally change her situation — she could die, and with the Boltons that’s a big risk to take. She thought [her marriage to Ramsay] through; she could’ve fought back if she wanted to, but she didn’t. She’s one of those characters that does her scheming in her mind, rather than outwardly.”

Strauss also addressed the fan response to scenes of violence towards women in season five — especially in regards to Stannis burning his daughter Shireen alive.

“I think people like to get involved in a conversation,” Strauss pointed out, noting that viewers naturally get emotionally invested in the journeys of the characters. “When that happened to Shireen, you just feel for this girl, but just because it’s painful doesn’t mean it’s not a good point in the story. It wasn’t done because of the pain, it was done in spite of it.”

She pointed out that Benioff and Weiss “are trying to put together the best and most realistic” storylines for their (admittedly mythic) historical setting, and “things were not great for a lot of people, male and female” in the time period they’re trying to portray.

“I feel like in this season, everyone had a hard time,” Williams agreed.