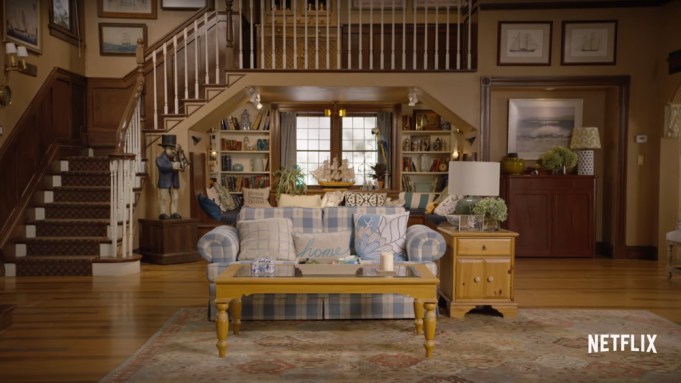 Netflix announced a Feb. 26 premiere date for “Fuller House,” its 13-episode spinoff of the ABC classic “Full House.” While most of the first series’ cast is returning, this story focuses on Candace Cameron Bure’s D.J. Tanner-Fuller.

Netflix has also released a nostalgia-heavy teaser for the series, showing sets and establishing shots that suggest the Tanners haven’t been big on redecorating since the first series went off the air in 1995.

“Fuller House” hails from Miller-Boyett Productions and Jeff Franklin Productions in association with Warner Horizon Television for Netflix. Franklin created the series and he, Robert L. Boyett and Thomas L. Miller serve as exec producers. Stamos is a producer.

This isn’t the only wholesome family series on Netflix’s radar. The digital provider is also reportedly developing a revival of Amy Sherman-Palladino’s “Gilmore Girls,” another story focused on a single parent and her quirky extended family (of sorts).