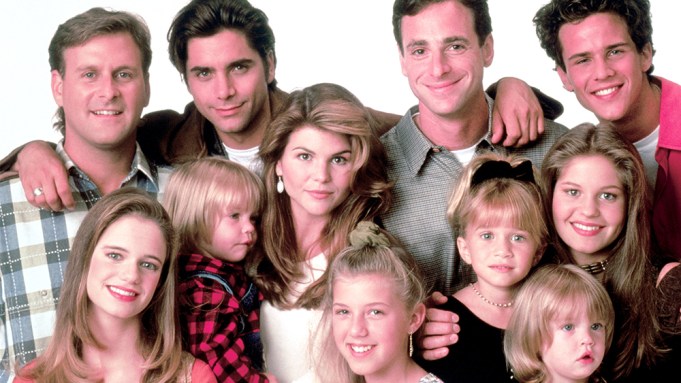 UPDATE: It’s official –“Full House” will return to television for a 13-episode sequel on Netflix in 2016, the streaming service confirmed.

Stamos is set to produce the show and reprise his role as a guest star.

Discussions with original “Full House” stars Bob Saget, Mary-Kate and Ashley Olsen, Dave Coulier and Lori Loughlin regarding guest appearances in the new show are “ongoing,” according to the Netflix release. However, Loughlin recently told “Access Hollywood Live” that that she wasn’t sure if she’d return.

“They made deals with half the cast, but not the other half,” she told the show’s Billy Bush and Kit Hoover on April 21. “I don’t have a deal, Dave doesn’t have a deal, Bob, we’re all in negotiations. I think we would all like to come back, if the powers that be are fair to all of us.”

She said she wasn’t sure if this was true for Mary-Kate and Ashley Olsen.

“It doesn’t matter how much money they get paid, they don’t care. I honestly don’t know if they want to do it. I’m sure they’re talking to them. I don’t know what’s going on there,” she said on the show. “Everyone would love it [if they came back], it would be really nice.”

“Full House,” which aired on ABC from 1987 to 1995, followed Danny Tanner (Saget) and his large family in the wake of his wife’s death.

“As big fans of the original ‘Full House,’ we are thrilled to be able to introduce ‘Fuller House’s’ new narrative to existing fans worldwide, who grew up on the original, as well as a new generation of global viewers that have grown up with the Tanners in syndication,” said Cindy Holland, vice president of original content for Netflix, in a statement.

In a joint statement, executive producers Robert L. Boyett, Thomas L. Miller and Jeff Franklin said: “The continued support of ‘Full House’ fans of all ages for the last 28 years has been astounding. It is an honor and a thrill to catch up with these beloved characters and explore their lives today. The love you saw on the show was real. The cast has remained a loving family off screen all these years. We are as excited as our fans to finally bring ‘Full House’ back to life.”

On “Jimmy Kimmel,” Stamos said he, Franklin (who created the original series), Boyett and Miller had been planning the spinoff for years.

“It’s a labor of love,” Stamos said on the show. “We’ve been literally trying for so many years to do it right, and I think we’ve finally got it perfect.”

When Kimmel asked if Saget would appear on the show, Stamos replied, “He better.”

News of the “Full House” reunion broke earlier this month on TVLine. A rep for Netflix said at the time that the story was “just a rumor.”